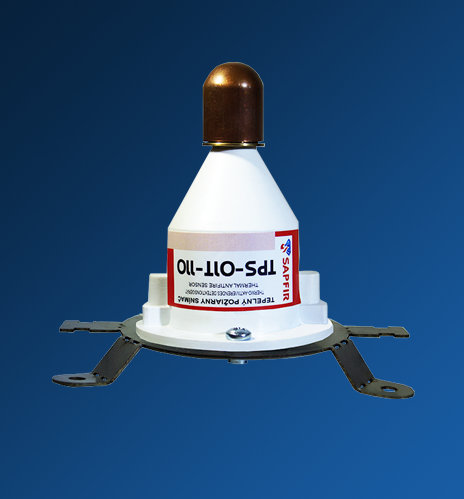 Sensor in this modification is equipped with a compensation pad, which regulates the amount of vibrations and cover of temperature element, which secures and protects the active par of a sensor. This elements do not affect the effectivity of a sensor.

When the designated temperature is reaching around the sensor, it is activated and using the electrical signal it initiates the extinguishing using the MPH modules.

One sensor can activate up to 4 MPH modules.

Sensors may be used in both internal and external hazardous locations (mines, chemical factories) and vibrations (vehicles, trains, conveyor belts).

Sensor may also be equipped with information channel, which on the activation sends signal to the fire protection panel or other device – such modification is named TPS-01TC.

Sensors TPS-01T do not require any source of energy. 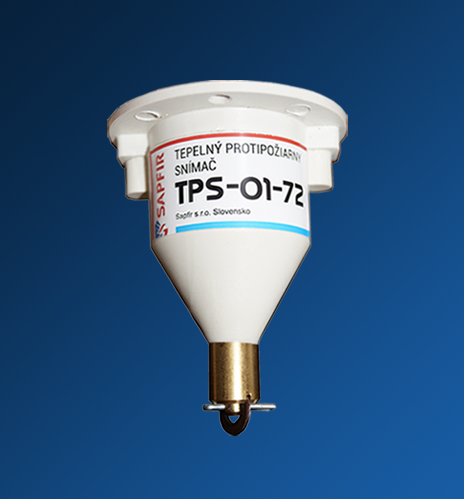 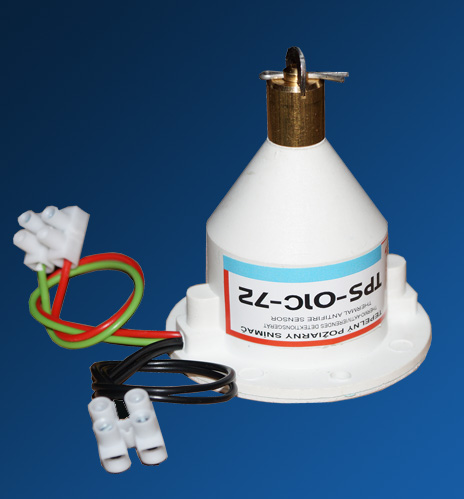 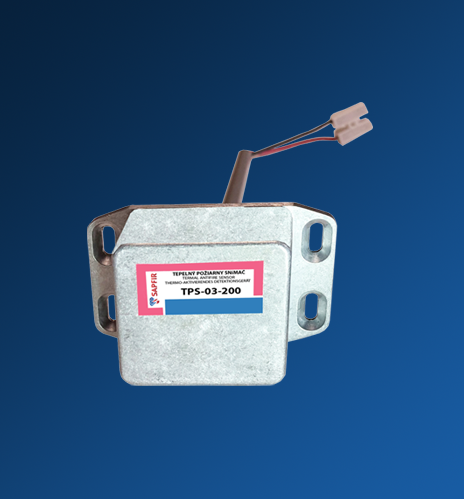